started as a young 16 year old lad , making a debut at Mostyn Y.M.C.A in the Welsh Amateur Cup , Nov.3rd 1962….losing 2-3 ,  noted the local changing room – a green corrugated shed had photo’s of past players – Roy Vernon , Mike England , hence my interest in scrapbook memorabilia had begun …… 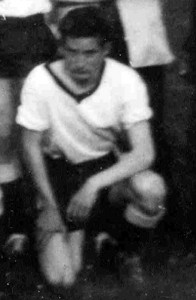 Aug ’67 – Spine problems unable to train for the coming season . 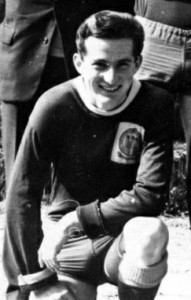 Youth forms signed with the Borough , so proud to have been associated with this famous club…unable to secure a regular place with so many good youth players in the squad….transferred to newly formed Llandudno Amateurs in the Nov.

enjoyed my stay at this club and found a new position playing wing half , unable to hold this position with our Captain returning from injury …..decided to return to the old club and try my luck for the season 1967-68, only to be hit with spinal problem whilst in the pre-season…Aug ’67.

after holidaying in Spain , spine problem eased and decided to give it a go and return to the beautiful game only to suffer once again after only a few matches at Conway Borough in ’69 …..

1970 diagnosed with AS – after three years of hospital tests

What is ankylosing spondylitis?

my new web site is under new hosting