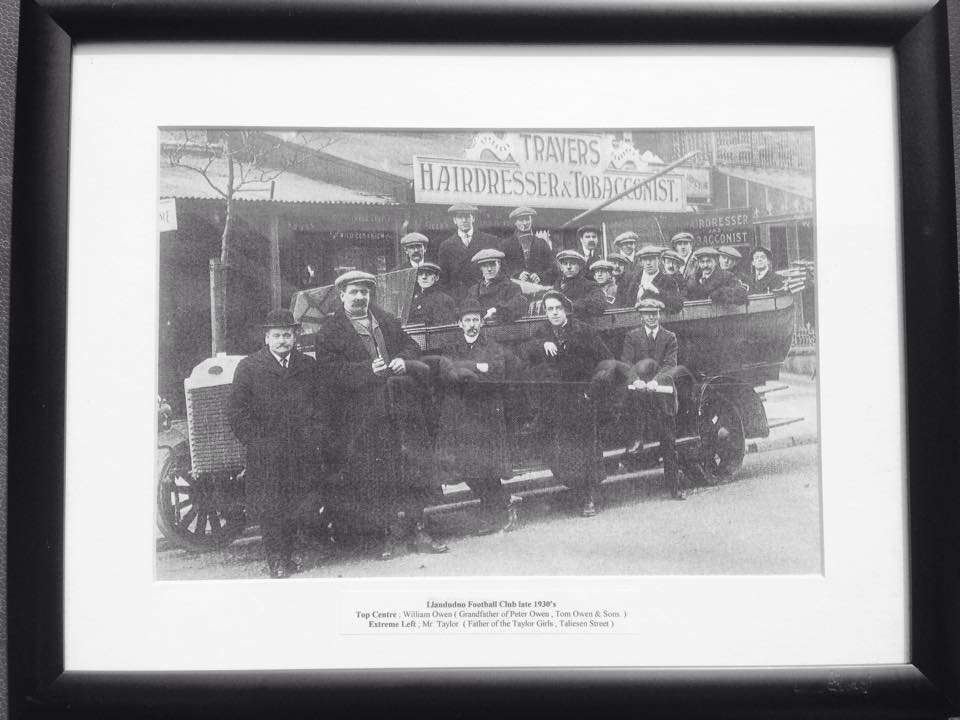 submitted by John Whitfield, a Llandudno team from the late ’30’s

caption from above photo 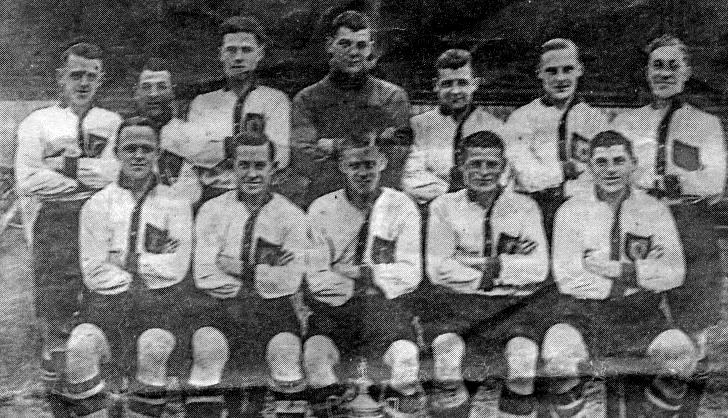 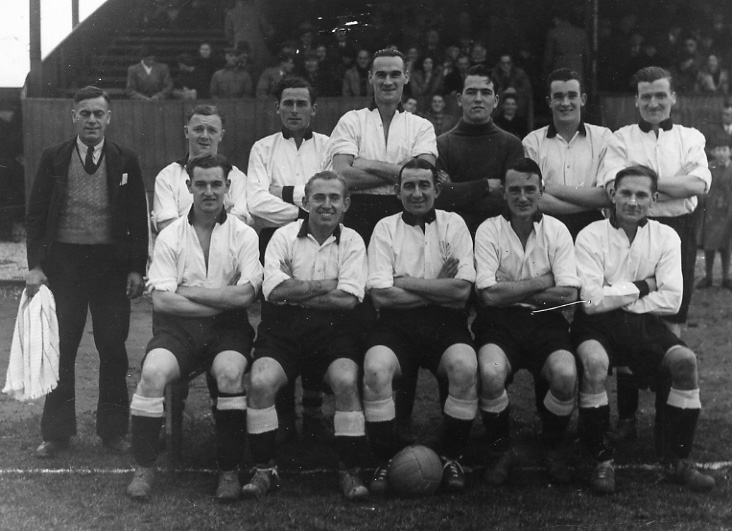 above names only a few are written on the back of this photo submitted by Mary Oliver …..namely Billy Cureton possibly rear third from left, N. Travers, Jack Revil Hall, Merfyn Griffiths front extreme right , Eric Griffiths possibly the Capt .with ball at his feet. .

I know the goalkeeper is Cyril Sidlow, between him to his right , possibly Ben Williams , and to his left Paddy Marshall , between the Griffiths boys , front 2nd in from right Bobby Williams.

above photo submitted from Mary Oliver .