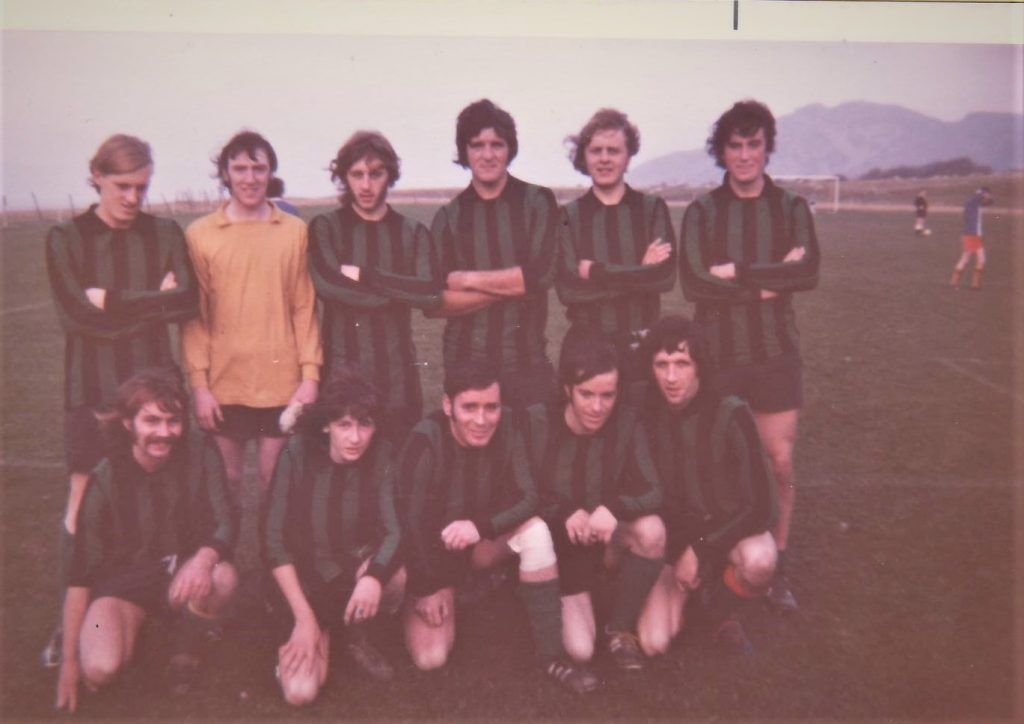 Here is a photo of the Pen Reserves side (73/74) that came 2nd in the Vale of Conwy, Division 2, and were promoted behind Cerrigydrudion after 2 years in the 2nd division.

At the end of that season Penmaenmawr Town dropped out of the Welsh League. We then held a meeting in the Alex Hotel, Pen, to decide what we must do as no-one knew why they’d withdrawn. The fear was, that if it was for financial reasons, could we be held responsible for any debt ? It was decided to form a completely new club. Many names were put forward and it was a supporter who was in the pub at the time “Laurence Parry” that proposed “Phoenix” (out of the ashes) Everyone liked it and Pen Phoenix was born. 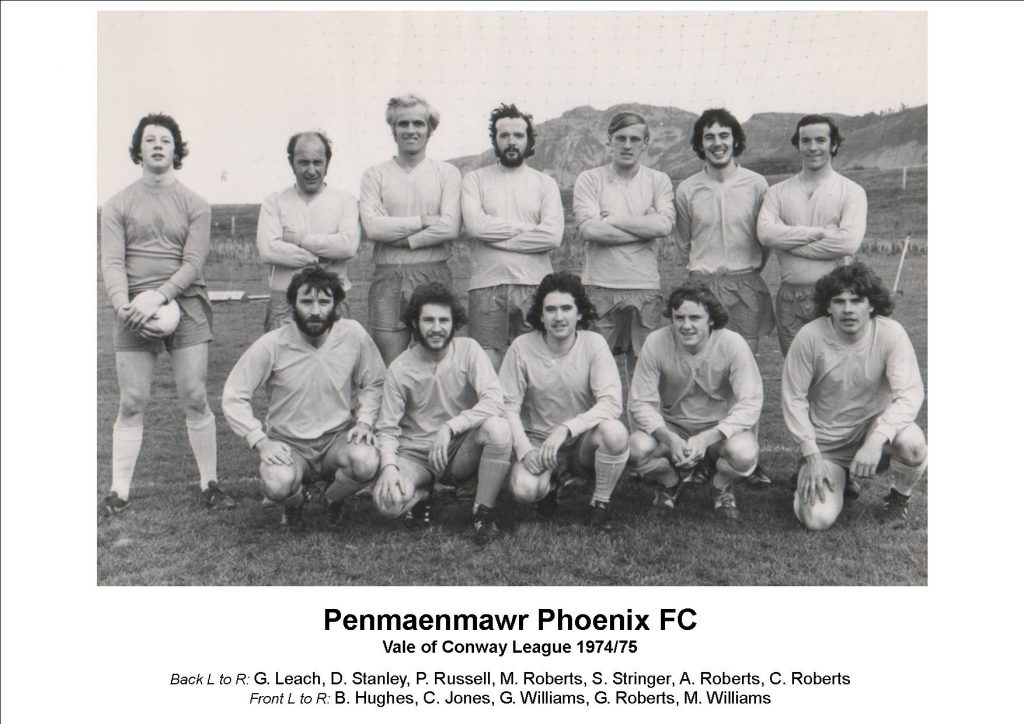 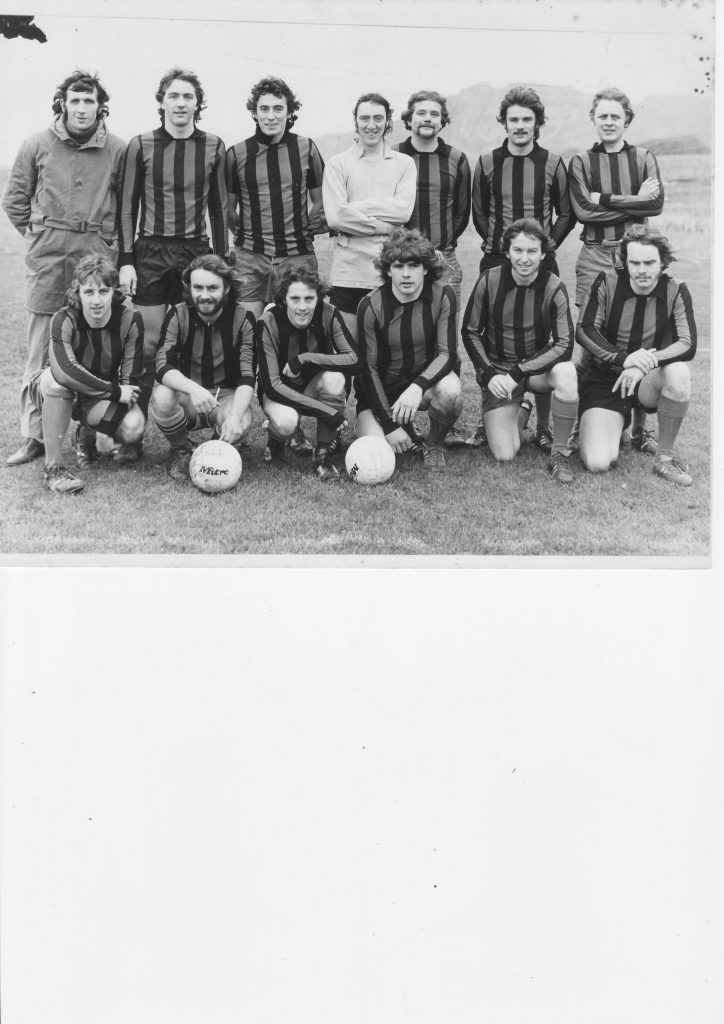